Okay, so you’re the buyer and you signed the contract of purchase and sale, and you’re moving toward closing.  And somewhere along the way, the broker mentions something about the property, about a competing claim or interest in the title, that you really didn’t want to hear. So, you don’t really hear it.  The public records don’t reflect the claim or interest. So, you don’t act on it. You don’t follow up. You just ignore it.  Ignorance is bliss, right? So, almost ignorance is almost bliss, right? Well, no. There’s just no bliss here at all. Allow me to explain, using a scenario from a recent court decision. 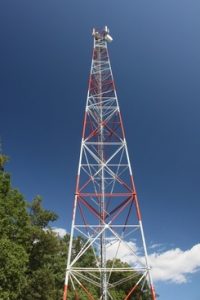 And the Court decided, and the decision was ultimately for Mr. Harkless. He no longer owned the property, but he did have the easement.  And he got to keep the rental income from the cell tower lease.  How could this be?  The recorded documents did not reflect that the rental payments from the cell tower lease belonged to the prior owner. But, of critical importance, the broker had mentioned to the purchasers, the Laubhans, that under the lease agreement, Mr. Harkless would continue to keep the rental income.  Because the broker told them this before closing, they could not claim to be “bona fide purchasers” without notice or “BFPs”.  Nope. They had notice – at least enough notice that they could not prevail. Only BFPs could prevail against the unrecorded claim and interest in the property – in the rental income from the cell tower lease. And they were not BFPs.

The appellate decision is recent, namely, Harkless v. Laubhan, Case No. 2D18-3224 (Fla. 2d DCA, July 10, 2019). The lower court found for the Laubans; the appellate Court reversed. The facts are critical. The cell tower lease was not recorded, but a Memorandum of Lease was recorded. The memorandum, however, did not indicate that the continuing right to the rental income would belong to Mr.  Harkless, even if he sold the property. Nonetheless, the Laubans were aware of Mr. Harkless’ claim under the lease to the rental income – at least aware enough such that they were stuck with that arrangement.

A quick note on BFPs. To qualify, you need to obtain legal title (usually an easy one to satisfy), pay value for the property (usually you satisfy this requirement as well), and have no knowledge of the claimed interest against the property at the time of the transaction (it is here where the problems arise).  Knowledge means more than just actual knowledge; it includes “construction notice” (because the claimed interest is recorded) and “implied notice”.  Someone – an authoritative source – can mention a claimed interest in the property to a buyer before closing (even in an informal conversation) and suddenly the world, at least the legal world, changes. The buyer is on notice – implied notice – and then has a duty to inquire further. And if the buyer fails to do so, it is at the buyer’s peril.

So, keep it bona fide. And if you as a buyer hear something about the title to the property you wish to buy, either from the broker or from another reputable source, then ask questions, get all the relevant documents,  whether the relevant documents are recorded or not, and learn all there is to know about the title.  Be informed.  Perhaps when you learn more, you decide not to buy, but if you do buy, know what you’re buying.

In part 2 of this discussion, we will briefly suggest some ideas for brokers to consider in this area.  And we will consider the lasting ramifications if you fail to qualify as a BFP. In short, if you as the new owner cannot qualify as a BFP, then successor owners most likely will not be BFPs.