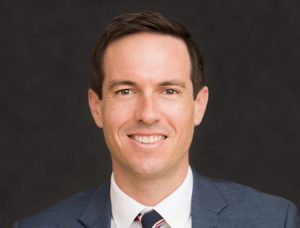 In this blog, Matt Couch, Attorney with Moorhead Law Group of Pensacola, Florida, writes about changes to Florida’s Uniform Commercial Receivership Act. His practice areas include real estate and construction disputes, business litigation, and employment law. To learn more about Matt and his areas of practice, click here.

A relatively recent addition to Florida statutes has codified rules governing court-appointed receivers in the context of commercial real estate disputes.  Effective July 1, 2020, the legislature enacted the Uniform Commercial Real Estate Receivership Act, Chapter 714, Florida Statutes.  The Act applies to civil actions in which an order to appoint a receiver is entered subsequent to July 1, 2020.  However, there is some question whether the Act applies to civil actions or appointment orders filed after the effective date but which are based on contractual provisions executed prior to the effective date.

As the Act’s name suggests, it is modeled after the Uniform Commercial Real Estate Receivership Act, which has been adopted in various forms in several jurisdictions.  The Act provides a number of statutory tools meant to codify existing common law concepts and procedures governing appointment of and rules governing the activities of receivers charged with handling commercial real property.  The Act closely tracks common law precedent while also complying with the procedural due process protections for injunctive relief and appoint of receivers under Florida Rules of Civil Procedure 1.610 and 1.620, respectively.  As mentioned above, the Act applies only to actions concerning interests in commercial property, as the “Scope” provisions under Section 714.04 exclude from the Act “[r]eal property improved by one or two dwelling units which includes the homestead of an individual owner or an affiliate of an individual owner.”

Appointment of a receiver is authorized under Section 714.06 of the Act.  Prior to entry of judgment, a receiver may be appointed to protect a party with interest in real property involved in the action “if the property or its revenue-producing potential: 1. Is being subjected to or is in danger of waste…; or 2. Has been or is about to be the subject of a voidable transaction.”  Fla. Stat. 714.06(1).  The court is regarded a degree of discretion in deciding if the circumstances presented constitute waste or the other factors provided for in the Act such that appointment of a receiver is authorized and proper.  Consistent with long-standing rules of procedural due process relating to injunctive relief, the Act provides that appointment of a receiver ex parte may be conditioned upon posting of a security bond by the requesting party after filing a verified pleading or affidavit setting forth that the movant will endure immediate and irreparable injury or that the subject property will endure waste or diminution in value if relief is not accorded immediately.  Fla. Stat. 714.03(2), 714.06(3).  Otherwise, a receiver may only be appointed under the Act upon notice and hearing and motion supported with by a verified pleading or affidavit of the movant.  The party adversely affected by the appointment of a receiver may move to dissolve or modify the order of appointment, and such a motion “must be heard within 5 days” after the movant requests a hearing.  Fla. Stat. 714.06(4).

The Act provides for other powers of the Receiver that might typically accompany appointment, including engagement of certain professionals (e.g., accountants and appraisers) and adopting or rejecting an executory contract of the owner relating to receivership property.  Fla. Stat. 714.15, 714.17.  Court approval is required for both of the foregoing examples.

The Court may appoint remove a receiver for cause, and the court must replace a receiver that dies, resigns, or is removed.  Fla. Stat. 714.22(1), (2).  Removal is authorized under the act if the court finds that appoint was improvident.  And where the court finds that appoint was sought wrongfully or in bad faith, the court may assess fees, costs, and actual damages against the person that sought the appointment.  Fla. Stat. 714.22.   A receiver is required to submit a final report upon completion of their duties.  The Act contains the various features required to be in the final report.  Upon approval of the final report and distribution of all receivership property, the receiver will be discharged.

In sum, the Uniform Commercial Real Estate Receivership Act now codifies many common law principles related to the appointment and duties of receivers.  The Act also parallels procedural rules in Florida for appointment of receivers, which incorporate the rules for injunctive relief.  To the extent that the Act does not expressly provide for a term or condition of the receivership, practitioners may refer to existing case law authorities as well.