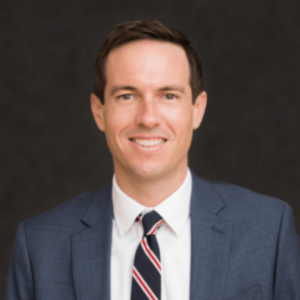 In this blog, Matt Couch, Attorney with Moorhead Law Group of Pensacola and Santa Rosa Beach, Florida, writes about a recent Florida Fourth Circuit Court of Appeals decision recognizing how Florida’s revised rule of civil procedure governing summary judgment permits a trial court to make findings of fact based solely on the movant’s motion when the respondent fails to file a response. Couch’s practice areas include real estate and construction disputes, business litigation, and employment law. To learn more about him, his areas of practice, and his contact information, click here.

The Fourth DCA affirmed the decision and dismissal.  The focal point of the appellate opinion is a review of Florida’s recently amended summary judgment standard under Rule of Civil Procedure 1.510.  The rule was amended effective May 1, 2021, to make it more consistent with the Federal summary judgment standard, among other changes.  One addition to Rule 1.510 that is not present in the Federal standard is under subpart 1.510(c)(5), pertaining to the mandatory timing of filing summary judgment motions and responses.  Under that subpart: “At least 20 days before the time fixed for the hearing, the nonmovant must serve a response that includes the nonmovant’s supporting factual position…”  Further, if a party fails to properly support or address a fact in the context of summary judgment motions, the amended rule under subpart 1.510(e) provides discretionary options for the court, including under (e)(2) that the court may “consider the fact undisputed for purposes of the [summary judgment] motion.”

On appeal, the Defendants/Appellants urged the court to consider their earlier filed summary judgment motion as satisfying the requirements under Rule 1.510(c) and 1.510(e).  The appellate court rejected this argument, finding that such an approach would “undermine the rule’s intent to have the parties take definite, detailed positions on summary judgment motions.”  The appellate court went on to caution that by failing to file a response the “nonmoving party pursues a risky course by waving at the record, leaving the trial court to mine for nuggets of triable fact that would preclude summary judgment.”