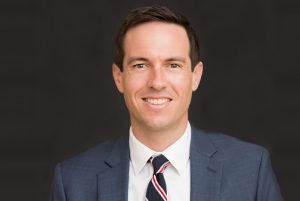 In this blog, Matt Couch, Attorney with Moorhead Law Group of Pensacola, Florida, writes about a recent Second District Court of Appeals of Florida ruling that addresses the issue of the proceeds of partition sales when there are no net proceeds as a result of the sale. Matt’s practice areas include real estate and construction disputes, business litigation, and employment law. To learn more about Matt, his areas of practice, and how to contact him, click here.

In the recent case of Morrison v. Smolarick, the Second District Court of Appeals of Florida addressed whether in a partition case one party may receive money damages as a result of an equitable accounting where the court-ordered sale of the property results in zero net proceeds.

The parties in Morrison owned real property as joint tenants with the right of survivorship.  The property was subject to a mortgage.  One of the co-tenants, Mr. Smolarick, filed a complaint for partition and asked the trial court to order a private sale of the property and hold the proceeds in escrow pending a judicial determination of the interests of the parties to the proceeds. The trial court ordered that the property be sold and the funds held in escrow to be split between Smolarick and the other cotenant, Morrison, upon a determination by the court of each party’s share after an equitable accounting.

The property sold at a price below the amount owed on the mortgage resulting in zero net profit from the sale. Thus, there were no funds to be deposited into the registry of the court and divided among the parties.  In fact, there was a deficit that the parties were ordered to pay, in addition to court costs.

Despite the sale resulting in no funds after satisfaction of the mortgage, Mr. Smolarick sought and received a judgment for damages in the amount of property expenses he allegedly paid prior to the sale, which he alleged were not shared by Morrison.

Morrison appealed, and the appellate court reversed the award of damages to Smolarick.  In so holding, the appellate court agreed with Morrison’s argument that “neither chapter 64 [the statutory scheme providing for partition] nor the case law applying it authorize entry of a money judgment where only partition is sought and the partition sale resulted in zero proceeds.”  The appellate court explained further that partition is an equitable proceeding in which a property is sold (if it cannot be physically divided) and the net proceeds are simply apportioned amongst the owners according to their percentage of ownership as further adjusted by each owner’s pro rata share of approved expenses.  Following prior Florida appellate precedent, the court clarified that such expenses cannot constitute “damages” but rather are equitable “credits” to be apportioned after the sale of the property.

Because no net proceeds remained after sale of the property, there were no credits to be awarded to Smolarick, and there was no legal basis for the trial court to award him any money damages.