What the Heck is an Exculpatory Clause?

Exculpatory clauses are common in commercial leases.  You might think of them as “get out of jail free cards.”  Such a clause relieves one party to the lease, usually the landlord, from certain risks including the risk of injury to other parties.  So, even though the reason for the injury is the landlord’s lack of due care, the tenant assumes that risk.

As you might imagine, exculpatory clauses are disfavored in the law, because, often, the tenant is not equipped to take the necessary precautions to avoid the injury and bear the risk of the loss.

A recent Florida District Court of Appeal case demonstrates how disfavored such exculpatory clauses in a lease are. In Obsessions in Time, Inc., et al., v. Jewelry Exchange Venture, LLLP, 274 So. 3d. 50, (Fla. 3rd Dist. Ct. 2018), the tenant, Obsessions in Time, Inc., leased commercial property (a booth) from the landlord, Jewelry Exchange Venture, LLLP, to sell classic watches and other valuable items to the public. The landlord provided a master vault that the tenant could use at its option. The lease between them (which was, of course, prepared by the landlord) included an exculpatory clause that provided that the landlord was not “liable for any loss or damage to the contents of  the vault within the premises caused by burglary, fire, or any cause whatsoever, but that the entire risk of such loss or damage is assumed by the [tenant].”

The same exculpatory clause of this lease went on to say that “the [landlord] shall not be liable for any delay caused by a failure of the vault doors to lock, unlock or otherwise operate and the sole liability of the [Landlord] is limited to the exercise of ordinary care to prevent the opening of said vault or boxes contained therein by any person other than [tenant] or the authorized agent of the [tenant].”

The tenant alleged that an employee of the landlord allowed an unauthorized person to access and remove the tenant’s items, resulting in a $2 million-plus loss. If they could prove that, it was a situation where the tenant was legally responsible but had no ability to prevent the loss.

The tenant filed suit claiming the landlord breached the lease and was negligent. The trial court found for the landlord and dismissed the case finding that the lease exculpatory clause was clear, unambiguous, and therefore enforceable against the tenant relieving the landlord of any liability for the loss. The tenant appealed.

Sometimes Being Too Heavy-Handed Works Against the Landlord

The District Court overturned the trial court decision in determining that the exculpatory clause was, in fact, ambiguous and therefore unenforceable.  The Court noted that the lease first stated that the landlord was not liable for any loss or damage to the contents caused by “…any cause whatsoever” and the “entire risk” of loss or damage was assumed by the tenant. Later in the same clause, however, it stated the sole liability of the landlord was limited to the exercise of ordinary care related to allowing access to the vault.  The Court also said a review of the rest of the lease did not clarify this ambiguity. The Court overturned the trial court and found the clause unenforceable.

The Obsessions in Time case demonstrates how important it is for clauses such as the one here to be clear.  If the risk is being shifted to the tenant, the responsibility should be within the tenant’s authority.  To do otherwise, may create an unenforceable provision in the lease. 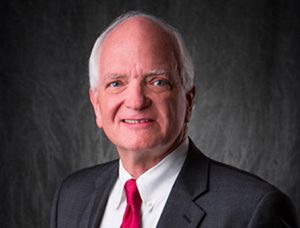 Steve’s primary focus has been in all facets of real estate and real estate finance law, including representing lenders, sellers, buyers, developers, builders, and title companies.